by Charles Dickens adapted by Jude Emmet in partnership with The Everyman Theatre, Cheltenham.

Ebenezer Scrooge has no time for his fellow creatures – no time for anything except making a profit.  Most of all he has no time for Christmas.  Alone, bitter and hard as flint, he goes home to his chilly rooms while the world celebrates the season of goodwill.

That night, Scrooge is taken on a ghostly journey that will turn his life upside down and change him forever.  But has redemption come too late?

What better way to celebrate the festive season than with Red Dog’s sparkling retelling of Dickens’ heart-warming tale.

“May it haunt your houses pleasantly!” 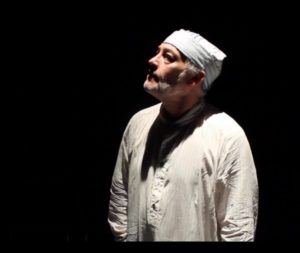 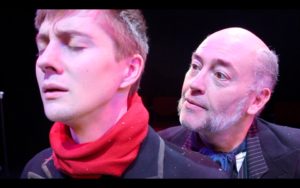 “The Red Dog/Everyman Theatre co-production of “The Great Bear of the North”  in 2016 exceeded our expectations in terms of audience figures and also critical reception.  Most performances in the Studio Theatre were sold out in advance. Audience feedback was great, with many audience members already being aware of the Red Dog brand/quality.  The Everyman has a longstanding relationship with Red Dog; one that we hope will continue into the future.”